If all the talk of Trump and Brexit has left you feeling a bit down about 2017, let us inspire you!

Because this year was full of positive news too, and some pretty remarkable green achievements.

Here are 12 green things worth celebrating in the past 12 months. The clean energy transition is happening and fossil fuels are quickly becoming a thing of the past. Make way for the renewable revolution! 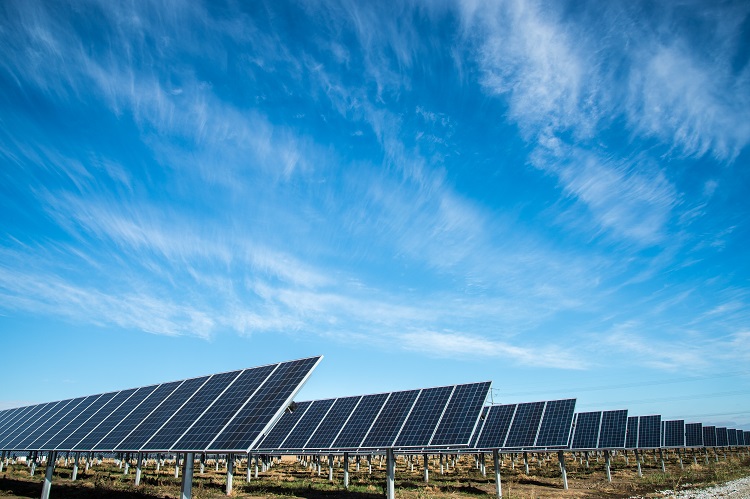 The cost of the production of turbines fell to an all-time low, by almost half of what they were a few years ago, meaning more wind turbines are scheduled to be built than ever before.

Between April and June, a third of the UK’s electricity was generated from renewables and this was largely down to the growing number of wind farms on the UK coast.

The UK now has more offshore wind power capacity than any other country in the world! Wind turbines have produced so much power this year that, at times, its price has fallen to a tenth of its normal level.

2. We saw Britain's first coal-free day since the industrial revolution

West Burton 1 power station went offline on Thursday 20th April, meaning that the UK had its first working day without coal in its fuel mix. The government hope to shut down coal power stations entirely by 2025.

3. Scotland set a renewable record with wind power providing 118% of the nation's electricity

In the first six months of 2017, enough power was generated to supply more than all of Scotland’s national demands for six days

4. The UK switched on the world's largest wind turbines off the coast of Liverpool.

A single rotation of each turbine blade can reportedly power one house for 29 hours! The 8MW turbines will collectively help generate power for 230,000 homes in the UK.

5. June saw renewables power 50% of the UK's electricity needs for the first time

The National Grid reported that wind, solar, hydro and biomass supplied 50.7% of UK energy on 8th of June this year, and 72.1% if you include nuclear. The sunny and windy weather was a perfect storm, allowing renewables to run at optimum efficiency.

6. The world woke up to our plastic problem

The UK will back a total ban on insect harming pesticides in fields across Europe. Neonicotinoid was found to have a devastating impact on large numbers of insects and in turn, our ecosystem.

8. It was a good year for trees

Regenerating land and planting trees are a crucial component in halting climate change as they absorb and store large quantities of CO2 from the atmosphere. So let’s keep planting into 2018!

9. The value of UK Ethical Markets grew to double that of tobacco.

From electric cars to sustainably sourced fish, investment in the UK’s ethical goods and services sector entered their thirteenth year of growth with a value of a whopping £38bn.

10. It's no longer expensive to be green

Lowering costs of solar power means that the sun is on the rise – huge growth and output worldwide have caused solar costs to fall to about a third of their levels in 2010.

At Bristol Energy, we don’t think green should mean expensive. We have a 100% green electricity deal. And more than 40% of all our energy comes from renewables. We’re also the only supplier that helps you go green and give back.

The UK government have committed to phasing out petrol and diesel vehicles by 2040. Not only will this help combat climate change, but it will reduce the amount of harmful nitrogen oxide in the atmosphere, something that currently poses a major risk to public health. This means more electric cars of course!

And there's plenty of new developments happening with this exciting new technology that will help reduce our reliance on fossil fuels. Soon electric cars will be used to create virtual power stations to help balance the grid.

This means every functioning state, bar the USA, has signed the deal - an incredible example of global diplomatic success, giving the planet hope for the future.

So well done 2017 – you were pretty green. A renewables revolution is coming.

Want to be part of it?

Find out more about our 100% renewable electricity plan