A record level of renewable energy was generated last month for Bristol Energy, after storms battered the UK. 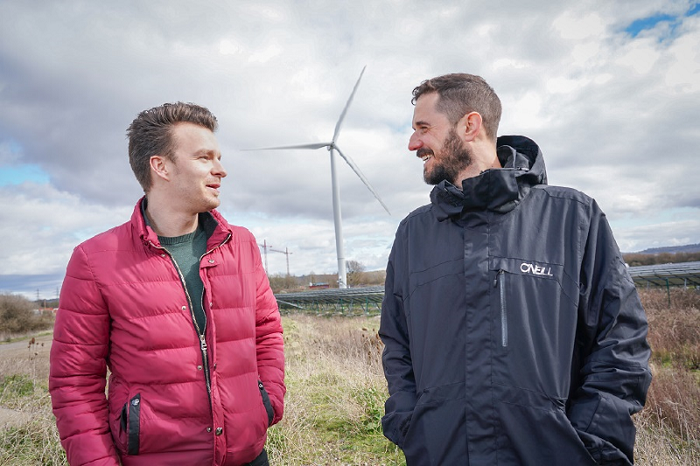 Bristol Energy’s partnerships with UK generators saw green energy generation in February increase by 269% from the same period last year, due to the recent stormy weather and our increase of Purchase Power Agreements (PPAs) with UK wind farms.

As the UK weathered its wettest February on record thanks to Storms Ciara, Dennis and Jorge, the amount of renewable energy generated last month was more than that of January, February and March of 2019 for Bristol Energy.

The energy supplier also saw its renewable energy generation exceed that of its previous three February’s worth combined.

Simon Proctor, Head of Renewables at Bristol Energy, said: “Although February was miserable month for most of us weather-wise, in terms of renewable energy generation, it was a record breaking period. The extreme weather meant that we saw a significant increase in renewable power generated through our PPAs across the UK, displacing fossil fuels and setting a new record for green energy generation.

“We were pleased to launch three our new green energy tariffs earlier this year, which are largely focussed on sourcing renewable energy directly from independent generators, encouraging local and national customers to choose green and do their bit for the planet. Bristol Energy continues to offer PPA’s to projects of all sizes, technologies and levels of export; helping our customers know where their clean energy is coming from.”

More than half of the renewable energy generated was powered by wind (56%), particularly from generators in the South West. Nearly 18% of the energy generated came from turbines at the Bristol City Council-owned wind farm at Avonmouth.

Comparatively, 6% of the energy generated was hydro. A slightly smaller portion was a result of solar power, at 5.9%. The remaining energy was generated by other sources, such as anaerobic digestion.

The Met Office reported February (2020) as the wettest on record for the UK and the fifth wettest winter (dating back to 1862).

Find out more about our green energy tariffs.